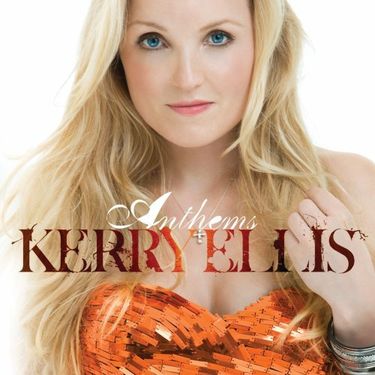 "A voice in a million . . . Kerry is the most exciting singer to emerge from England in a very long time" - Brian May

That's the verdict of Queen founding member Brian May, CBE, on the sensational singing of Kerry Ellis.

Already hailed as one of the most thrilling vocal talents on today's West End stage, Kerry's voice reaches far beyond the theatre on her eagerly awaited debut album 'Anthems', masterminded by Brian May.

It was May who 'talent-spotted' Kerry when she understudied for Martine McCutcheon in My Fair Lady. He quickly snapped her up to star in the Queen musical We Will Rock You, almost nine years ago, and it was in between rehearsals and performances that the two of them found the time to begin work on some new ideas. May says, "From the moment I first heard Kerry sing, I was entranced, and felt the conviction that I would one day make her album. The conviction never left me. The hard thing was to find the right medium to harness that amazing voice - the material and arrangements had to be worthy, and a musical style evolved to capture her unique magic."

The collaboration continued all through the following years in which Brian did two world tours with Queen, and Kerry starred in Les Miserables, Miss Saigon, and finally Wicked. The combination of these two great musical talents now results in one of the most original and exciting collaborations in recent years.

Infused with the distinctive sound of May's legendary guitar-playing, plus some of Rock's heaviest drummers, and full orchestra, arranged by May and Steve Sidwell, 'Anthems' is a large-scale epic so individual that it "might define a new area in music - a kind of Anthemic-Orchestral-Rock-Musical-Theatre-Fusion" (May).